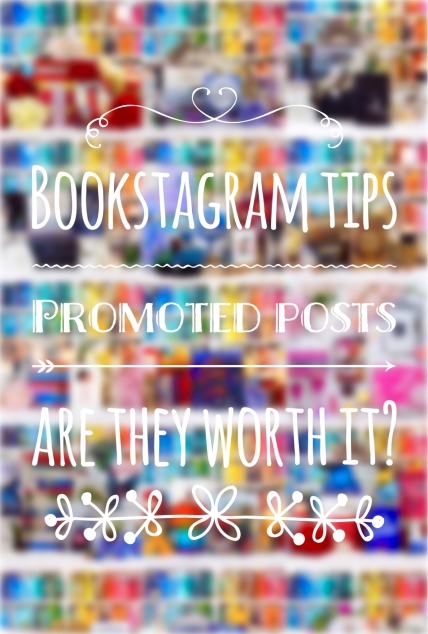 A while ago I got people to vote on Instagram what they’d like to see in a blog post, between two different subjects.  They were:  1) What happened / whether there was any benefit when I promoted an Instagram post as an experiment and 2) Whether switching to a business account affected my engagement and reach.  The votes were almost even (how helpful guys haha) so I will get around to doing both posts, but this topic was slightly more in demand, so here it is!

If you have converted to a business account on Instagram, you can ‘promote a post’ to have that post seen by more people.  You’re able to do this by either clicking the “Promotions” tab at the top of your profile, or the “Promote” button that appears under your individual posts.  You will then have a few options to choose – such as:

You will then need to select how much you want to spend as a maximum. 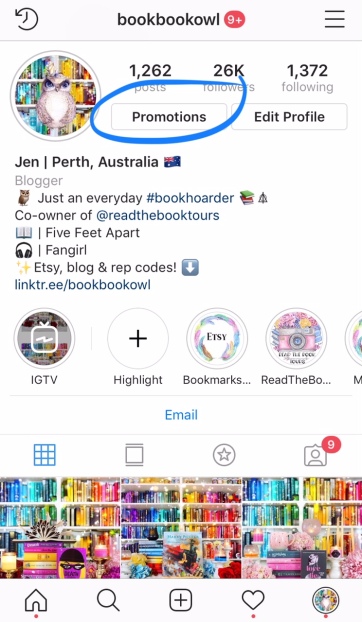 What I chose for my experiment

I chose to have my post promoted to people not already following me, as I thought it would be easier for me to take note of whether I suddenly gained more followers than usual while my promoted post was live.  I set my maximum spend to $20.

So what happened?  Did I get a wonderful influx of new followers?

In short, no.  No, I did not.  In fact I got LESS followers during the promotion than I would normally get each day (I kept 45 followers that day instead of the 70-80 I was usually getting at that time).   AND the post was not promoted only to accounts that didn’t follow me, as I had a few of my regular followers tell me they’d seen it come up as a promoted post.  Even in the promotion insights, it tells me of the people my post reached, 67% weren’t following me and only 30% of the people came from the actual promotion post.  It reached 9,094 people overall and I gained 25 new followers from the post.

To round off the experiment, I first looked at the stats from two of my other stack photos I posted a few days later (I used these ones as they were similar to my promoted post).

Secondly, I posted the same photo from my promoted post a couple of months later, just to see what would happen.  It reached 19.905 people and 80% weren’t following me.  I only got 12 new followers from the subsequent post, but it definitely raises the question – was $20 worth 13 followers?  I think not. 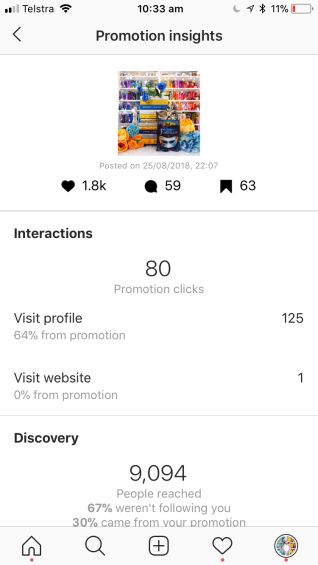 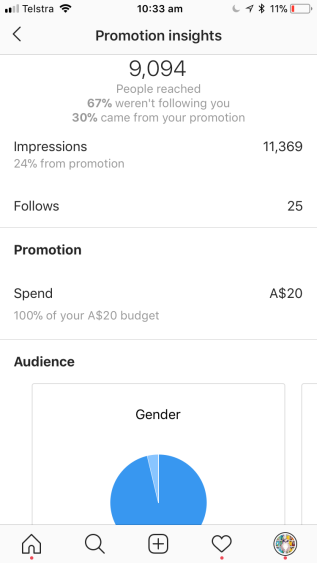 Here are the insights for two similar photos posted a few days later: 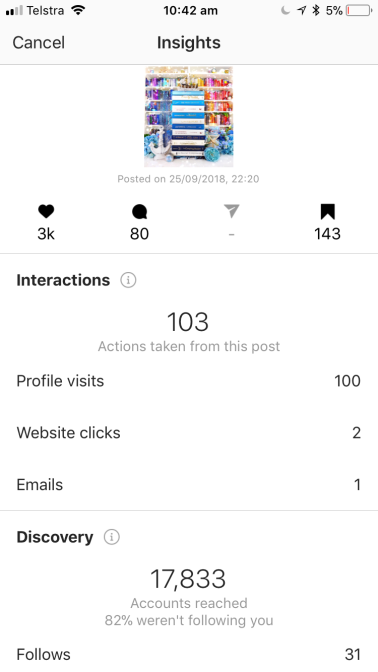 And here are the insights for the same picture posted a couple of months later: 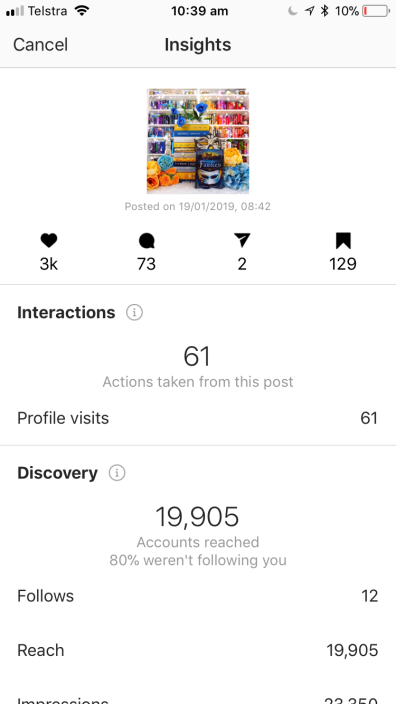 How would I spend my money next time?

I certainly wouldn’t bother promoting a post again.  I think  it was a complete waste of time and money. What I’d spend my money on next time (and often do) is running giveaways instead!

Look, I run giveaways because I genuinely love doing it.  Getting excited messages from people when they win is worth every cent to me.  My excitement levels are just as high, it makes me so happy!  I know not everyone has money to spend on giveaways and I’m not suggesting you forfeit next week’s groceries to give books away, but if you had money you were intending to spend on an Instagram promotion – you’d be better off hosting a giveaway instead.  As well as the happiness it gives me, there’s no denying that giveaways often get you more exposure and have the bonus of you being discovered by new people!  Especially if you award extra entries for people who are willing to share about your giveaway in your stories.

Have you run a promoted post of your own?

Let me know what happened.  Did you see a benefit equal to the amount you spent?  Would you do it again?

What is Bookstagram and how do I get started?

Tips for taking and editing photos and creating themes

What do I want out of my bookstagram account?

Interacting with the community

Instagram Stories – How, Why and When to use them

PROMOTED POSTS – DO THEY WORK? 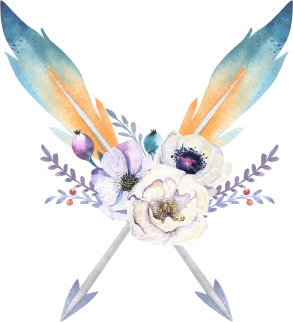