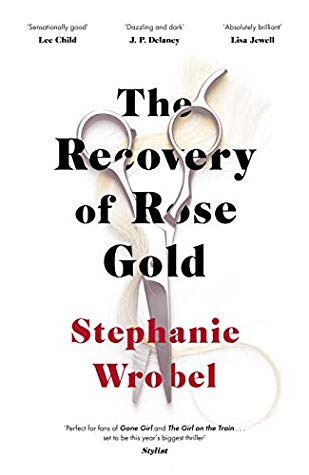 Today is my tour stop on the bookstagram tour for The Recovery of Rose Gold, thanks to Read the Book Tours and Penguin Random House!

If you’re interested in becoming a tour host, or you are an author or publisher who would like to arrange a tour for a book, contact Read the Book Tours here

For the first eighteen years of her life, Rose Gold Watts believed she was seriously ill. She was allergic to everything, used a wheelchair and practically lived at the hospital. Neighbors did all they could, holding fundraisers and offering shoulders to cry on, but no matter how many doctors, tests, or surgeries, no one could figure out what was wrong with Rose Gold.

Turns out her mom, Patty Watts, was just a really good liar.

After serving five years in prison, Patty gets out with nowhere to go and begs her daughter to take her in. The entire community is shocked when Rose Gold says yes.

Patty insists all she wants is to reconcile their differences. She says she’s forgiven Rose Gold for turning her in and testifying against her. But Rose Gold knows her mother. Patty Watts always settles a score.

Unfortunately for Patty, Rose Gold is no longer her weak little darling…

And she’s waited such a long time for her mother to come home.

Rose Gold’s mother, Patty, is in jail for child abuse. For the years she told doctors Rose Gold was deathly ill. For the way she left her skeletal, her teeth and hair destroyed. Now, 5 years later, Rose Gold is collecting her mother from prison and they’re going to try and reconcile. But Rose Gold’s mother has a different version of events that made up her daughter’s childhood. Who is telling the truth? One of them? Neither? Or both? And is Rose Gold really after a reconciliation, or is she motivated by revenge?

This was one of those reads where I kept changing my mind on who was the unreliable narrator. This book was unlike any I’ve ever read, because I expected to be firmly on one person’s side, but no-one in this story was likeable. Not Patty, not Rose Gold, not her friend’s or other side characters, no-one. They were all extremely flawed personalities and It made for a gripping and intriguing read.

I loved the disturbing nature of this book, it was twisted and such a unique psychological thriller.  Told in alternating chapters from Patty and Rose Gold, there were so many layers to each of their stories.  The secrets and lies were uncovered one by one until a truly shocking reveal at the end!