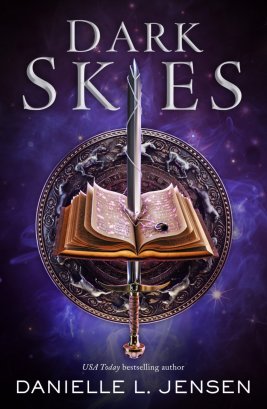 A RUNAWAY WITH A HIDDEN PAST
Lydia is a scholar, but books are her downfall when she meddles in the plots of the most powerful man in the Celendor Empire. Her life in danger, she flees west to the far side of the Endless Seas and finds herself entangled in a foreign war where her burgeoning powers are sought by both sides.

A COMMANDER IN DISGRACE
Killian is Marked by the God of War, but his gifts fail him when the realm under the dominion of the Corrupter invades Mudamora. Disgraced, he swears his sword to the kingdom’s only hope: the crown princess. But the choice sees him caught up in a web of political intrigue that will put his oath – and his heart – to the test.

A KINGDOM UNDER SIEGE
With Mudamora falling beneath the armies of the Corrupter, Lydia and Killian strike a bargain to save those they love most—but it is a bargain with unintended and disastrous consequences. Truths are revealed, birthrights claimed, and loyalties questioned—all while a menace deadlier and more far-reaching than they realize sweeps across the world.

Thank you so much to TorTeen for providing me with a copy of Dark Skies, via NetGalley, in exchange for an honest review!

Please note this review is for book 2 in the series, and may include spoilers for the first book, Dark Shores! However, due to the nature of the books, you could read Dark Skies before Dark Shores without any confusion!

I absolutely loved Dark Shores so I was so excited to be able to read an ARC of Dark Skies!  Dark Skies is part of the story started in Dark Shores, but this time the main characters are Lydia and Killian, not Terinana and Marcus. Both books run parallel to each other in the beginning and I was thrilled with this change of position in the story, it kept the narrative fresh, while getting the perspective of some well loved side characters from the first book.  I thought it was exceptionally clever, especially as it didn’t come off as repetitive at all.

The world building in Dark Shores was outstanding, and, even though Dark Skies was book 2, it didn’t skimp on the same level of detail when it came to describing the new places the characters visited.  In this book, we delve deeply in to a world where the “corrupted” are feared beyond all.  Marked people who can literally suck the life out of people with a single touch.  As the corrupted bring war to Killian’s land, he is sworn to protect the princess for life, or face death.  When Lydia mysteriously arrives, on the run from her home, they are forced together by circumstance and will need to work together, no matter how reluctant they are.

Full of intrigue, betrayal, action and magic, if you haven’t started the Dark Shores series yet, I’d recommend picking them up as soon as you can!  I can’t wait for book three 😍 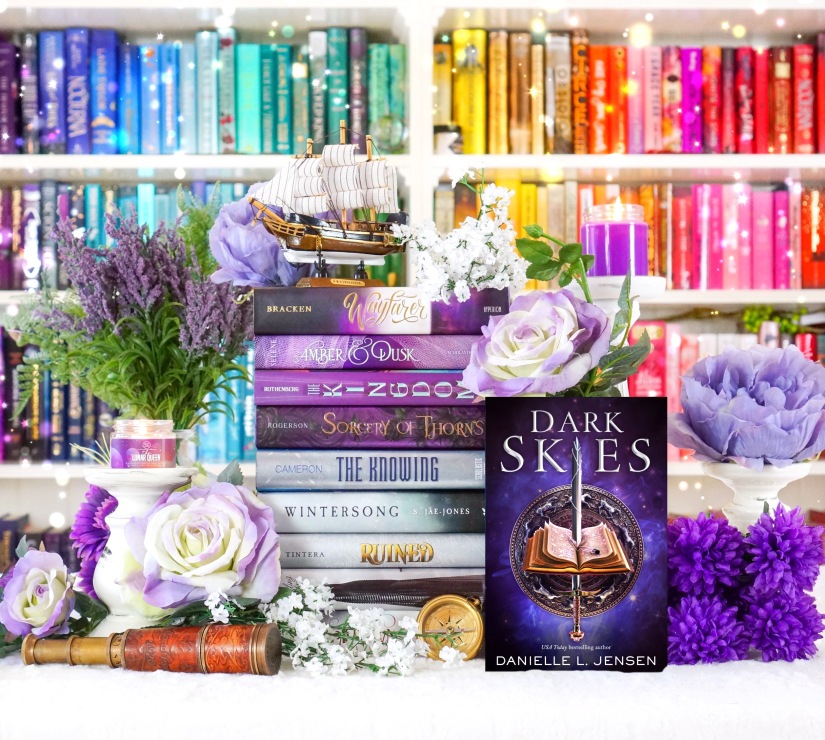