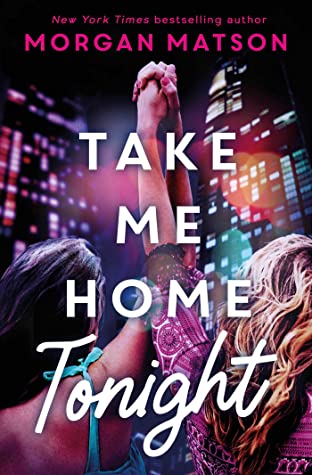 My Rating ~ Three and a half stars

Kat and Stevie—best friends, theater kids, polar opposites—have snuck away from the suburbs to spend a night in New York City. They have it all planned out. They’ll see a play, eat at the city’s hottest restaurant, and have the best. Night. Ever. What could go wrong?

Well. Kind of a lot?

They’re barely off the train before they’re dealing with destroyed phones, family drama, and unexpected Pomeranians. Over the next few hours, they’ll have to grapple with old flames, terrible theater, and unhelpful cab drivers. But there are also cute boys to kiss, parties to crash, dry cleaning to deliver (don’t ask), and the world’s best museum to explore.

Over the course of a wild night in the city that never sleeps, both Kat and Stevie will get a wake-up call about their friendship, their choices…and finally discover what they really want for their future.

That is, assuming they can make it to Grand Central before the clock strikes midnight.

Thank you to Simon & Schuster for providing me with a copy of this book, in exchange for an honest review.

This was so much fun. I mean look, I’m not the target age demographic for this book and while that usually doesn’t matter to me (I’ve been a teenager, I remember what it was like), I found it hard to get as worked up about the girls being out without a phone.  Mobile phones weren’t around when I was their age, so all of my nights out were without a phone and sure, it was less convenient than it is now, but not ‘the worst thing that could ever happen’, so the sense of doom they experienced in that regard was probably a little lost on me 😅 There was plenty of other dramas to be getting on with though!

Told from three points of view, Stevie, Kat and their friend Teri, each of them finding themselves inconvenienced at best and in imminent danger at worst.  Having lied to their parents about where they would be that night, the struggle to keep all their ducks in a row, while the universe did its best to scatter them, proved anxiety inducing for them and more than a little hilarious at times for the reader 😄  New connections, budding romances, families seen in a new light and learning to confront their own hidden feelings about their future, Kat and Stevie go through more than just a night lost in the city.  I especially enjoyed Stevie’s new relationship with her step siblings.

Everything wrapped up a little neatly for my tastes, but again, I am not the intended audience for this book and I genuinely think it will be popular for the teens is it meant for. It encompasses all the drama of teenage years – friendships, school, teachers, parents and relationships. Take Me Home Tonight is an easy to read, feel good book with entertaining characters. Not especially memorable but a lot of fun!