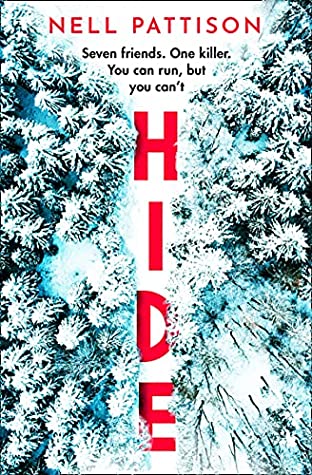 Seven friends. One killer. You can run, but you can’t hide…

The winter hike is meant to bring their nature group together.
Emily, the sister who never lets her hearing loss hold her back.
Lauren, the sister who always feels a step behind.
Morna, who doesn’t get on with Lauren.
Ben, whose feelings for Emily border on obsession.
Dan, the quiet newcomer to the group.
Kai, who isn’t just on the hike to enjoy the wildlife.
And Alec, the one who knows all their secrets.

As the sun sets, a gunshot rings out on the nature reserve.
One of the seven is dead. And one of their number killed them…

Thank you so much to Avon Books for providing me with a copy of this book, via Netgalley, in exchange for an honest review!

Seven birdwatchers set out into the nature reserve to watch a special bird murmuration.  Some of them have known each other for years, some only a few months.  After an altercation in the pub a few nights previously, there’s also tension between them.  One of them, Alec, insinuated he knew all their secrets – and some of them really don’t want those secrets to get out.  Not long into the hike, one of them is dead.  Is the murderer someone in the group, or is someone on the reserve who shouldn’t be?

The ‘who is the murderer in the group’ trope is one of my absolute favourites and for some reason, I LOVE snowy settings! (Maybe because we don’t have any where I live, it just seems extra spooky 😄).  I was kept guessing the whole time, not only about who the murderer could be, but about the secrets of the individual characters as well.  I really enjoyed the suspenseful nature of this author’s writing and could just about feel the cold seeping into my bones through the pages!  Emily was one of my favourite characters, deaf since she was a child, she had invented an app to assist people who are hearing impaired, making her fortune along the way.  My least favourite character was her jealous, spiteful sister Lauren.  What a piece of work she was!

Piecing together the puzzle, while the character’s secrets were revealed, was fun and engrossing.  The chapters alternated between multiple points of view from each character, allowing us as the reader to be the only one discovering the real truth along the way.

If you love wintery murder mysteries that keep you guessing, add this one to your TBR!